The Architecture Billings Index (ABI) remained positive in July for the sixth consecutive month as demand for all project types continued to grow. The leading economic indicator of construction activity, the American Institute of Architects’ (AIA) ABI reflects the estimated nine- to twelve-month lead time between construction spending and architecture billings.

Showing a score of 51.5, July’s ABI score was down slightly from the previous month’s score of 52.6 but still demonstrates an increase in design services. The new projects index was also down from June, falling from 58.6 to 57.5.

“The uncertainty surrounding the presidential election is causing some funding decisions regarding larger construction projects to be delayed or put on hold for the time being,” said AIA Chief Economist, Kermit Baker, Hon. AIA.  “It’s likely that these concerns will persist up until the election, and therefore we would expect higher levels of volatility in the design and construction sector in the months ahead.”

Regional averages dropped significantly across the board from June. Averages for the Northeast and West even fell into negative territory with respective scores of 49.3 and 49.2. The Midwest average toed the line into negative terrain with a score of 50.1. 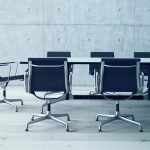